With the recent “Widespread Museum Project” the display of archaeological findings from the Excavations on site continues. In the Palestra Grande of Pompeii some organics finds and treasures belonging to the site of Moregine will be shown to the public in a permanent exhibit.

The first fortuitous discovery in Moregine took place in 1959 during the construction of the Naples-Salerno Motorway. The site is placed 600 m south of Pompeii Ruins, where once was the delta of River Sarno, an area that was vital to the economy of the Ancient town of Pompeii. They revealed a villa with 5 “triclinia” – dining areas to eat laying down during business meetings – decorated with beautiful frescoes, and a Bath-House under construction. Due to the complexity of the site and to the phreatic layer archaeologists were able to explore only 3 triclinia and were forced to remove several beautiful frescoes from the walls in order to preserve them.

During these excavations and in 1999 further road works allowed the discovery of archaeological structures and materials of great interest, such as wooden tablets with registered trade agreements, wooden elements perfectly preserved and an amazing treasure of silverwares.

Particularly interesting was the discovery of the silverwares: in a latrine it was found a wicker basket filled up with eruptive materials and debris. Only with x-ray it was possible to reveal an amazing collection of dishes and cups made out of silver and decorated in relief known as the “Silver Treasure of Moregine”.

The site has been excavated for a third of its total surface. According to archaeologist the villa belonged to the family of Sulpicii hailing from Puteoli who guarded here their accounting archive. The building was probably used to host small groups of customers as members of a collegium.

In 2000 the complex as been covered in order to resume the road works.

The Palestra Grande of Pompeii

The large rectangular building dates back to the Augustan Period and is surrounded by porticoes on 3 sides and has a swimming pool at the centre: it was used for the training of young boys and for gymnastic exercises and sports activities positively encouraged by the Emperor, whose statue was arranged on a pedestal at the centre of the western side of the Palestra.  Along the portico a double row of plane trees created shelter and protection from the sun.

On the eastern side, the portals damaged by the earthquake of 62 A.D were rebuilt in Opus latericium while the northern wall, recently restored,  had been already demolished at the time of the eruption in 79 A.D. From the southern side there was the access to a latrine that was cleaned thanks to a pipe connected to the swimming pool.

Restored during the Thirties through the reconstruction of some parts of the building, the Palestra has been recently restored with modern materials. For the outfitting of the southern portico, next to the display cases containing the original frescoes, have been used crystal and weathering steels panels for the walls. Moreover between the columns of the porticoes have been placed fabric panels to reproduce the “roman velari” and to protect the frescoes from the sun by creating evocative light and shade effects.

Organic Materials: the exhibit in the Palestra Grande follows and enriches the exhibit “Nature and Mith. From Greece to Pompeii” that took place in the nearby Amphitheatre during 2016. Carbonised materials such as loaves of bread, seeds, dried fruits, cereals, pomegranates, have been exposed to the public for the first time ever: these finding have been a great contributions and have helped archaeologists to understand the use of plants, especially for nutrition, during the Roman Antiquity. Moregine is indeed a unique site to study and observe organic materials. The presence in the area of large water-bearing stratum has kept these materials in an anaerobic layer which lead to a special degree of conservation. Some unique organic materials such as “tabulae ceratae”, wooden tablets used for writing on, a wicker basket, some plaster casts made out of the footprint left by sandals or feet and a billhook are on display.

Frescoes: part of exhibit are the frescoes detached from the triclinia of the villa of Sulpicii:

The IV Style paintings date back to Nero era and were made by the same painting workshops that decorated the House of Vettii in Pompeii.

Sound Installation: The exhibit has been enriched with a sound installation that accompany the visitor during the visit of the Palestra Grande.  It is a sensorial experience that encourage a different understanding and comprehension of the frescoes, the space and the architecture through the use of music coming from some “Planephones”. This sensorial journey  of  “RESONANCES”  is based on 3 steps: “The Space”, “The Man” and “The Instruments”.

The Planephones designed by the CRM of Rome (Centro Ricerche Musicali), create differences in sound propagation through the use of different materials (plastic, iron, paper, steel, cooper). They can have any shape and can be adapted to the specific characteristics of every surface and place. The sound can be shaped according to the architecture in order to create a fusion between sound and space. 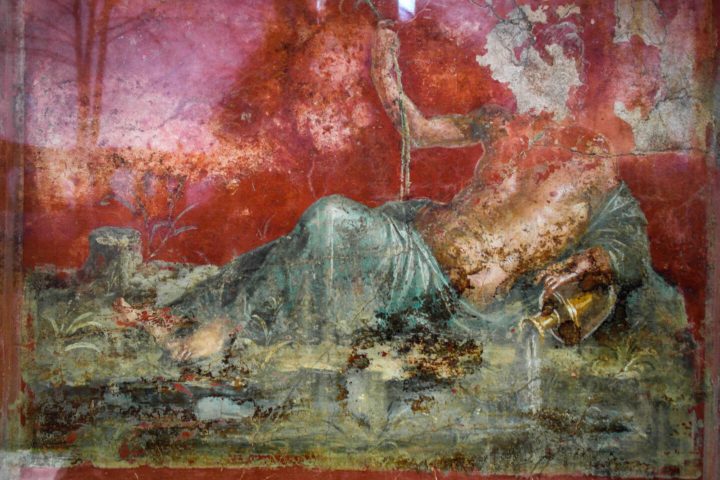 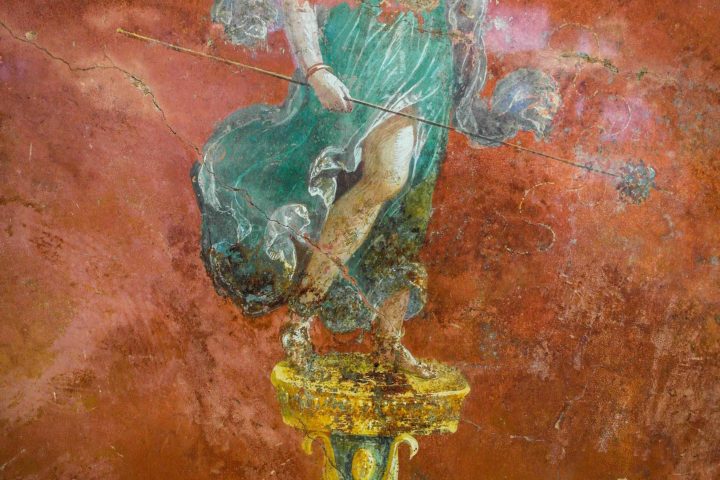 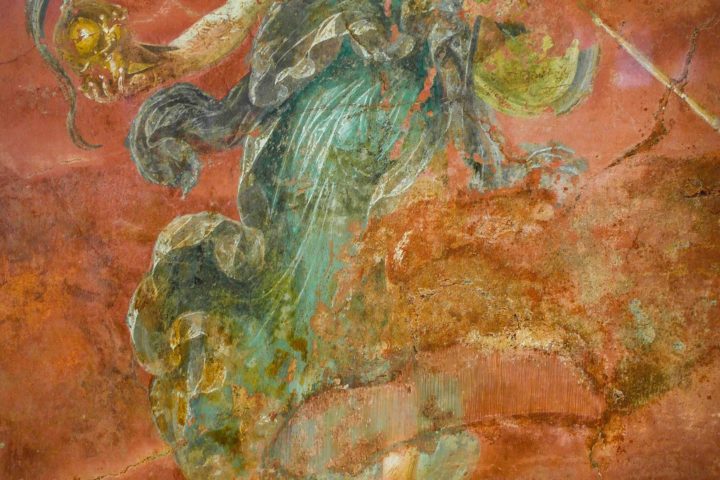 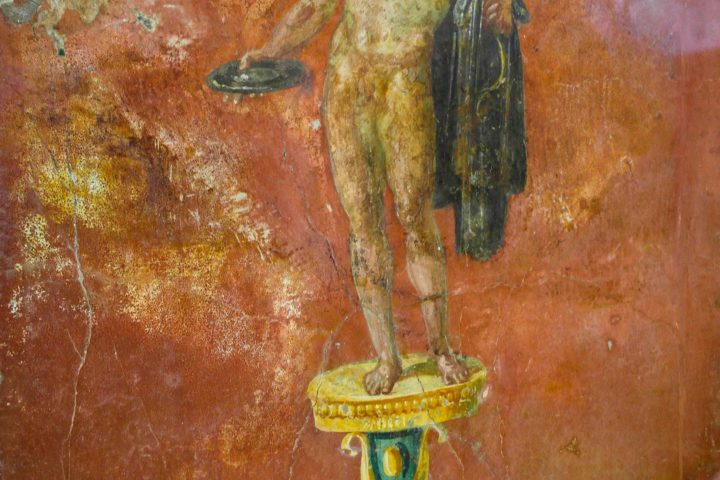 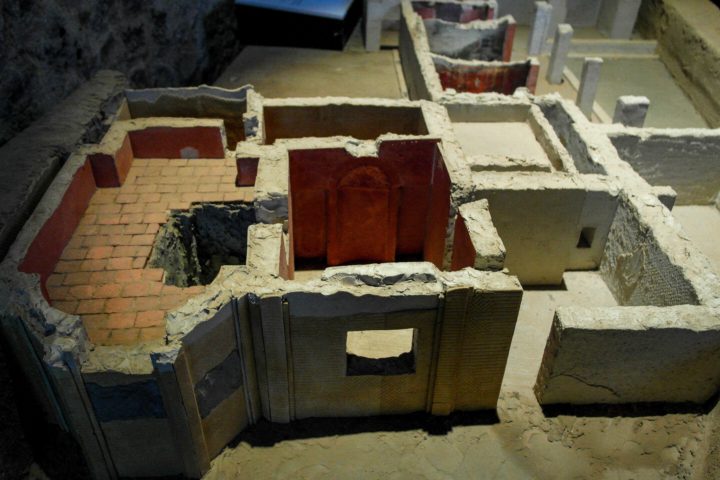 Scale model
Next post“Pompeii for all”: wheelchair and stroller accessible path