The Magic Of Christmas In Florence

Events, Lights & Traditional Markets Christmas is undoubtedly a charming moment of the year all over the world but in Florence is pure magic: lights shimmering like stardust along the narrow cobblestone alleys, pine trees and street decorations shining around every corner and unique artisanal nativity scenes to surround you with the perfect traditional Christmas spirit! Let's see in detail what the wonderful city of Florence has organized this Christmas to amaze its citizens and the many tourists that crowd its streets every year even during the Christmas Holidays! THE FESTIVAL OF LIGHTS The popular local F-Light Festival returns from
Read more

Leonardo Da Vinci Museum In The Heart Of Florence

Have you ever wondered how would it feel to be part of Leonardo Da Vinci’s world, losing yourselves in his creations?  Well, it is possible if you are ready to enter the doors of the Leonardo da Vinci Museum in Florence, a place of unique wonder! Located in a welcoming and appealing historical building in Via de Servi 66 (100 meters from the Accademia Gallery) right in the heart of places most visited by Leonardo da Vinci and other key Renaissance figures, the museum is suitable for an adult audience, young adults and families willing to discover a past of
Read more

The Uffizi Gallery is not only the most famous museum in Florence but also one the most important museums in the world. The building dates back to 1560, it was built by Giorgio Vasari for Cosimo I de’ Medici to house the administrative and legal offices, uffizi in ancient Italian, of Florence. Giorgio Vasari completed it a few years later with the addition of a corridor, the Corridoio Vasariano, connecting the Gallery with the Pitti Palace, the new residence of the Medici family. In 1574 the works were entrusted by Francesco I de’ Medici, son of Cosimo I, to the architect Bernardo Buontalenti. Once the works were finished in 1581, Francesco I decided
Read more

David Bowie the singer, the poet, the performer, the icon. The Thin White Duke has been undoubtedly one of the most representative artists of the XX century and after, since his music and songs have influenced many a generation. To quote one of his most famous lines he is truly a hero. This very word is the name of the brand new exhibition, Heroes, that the Japanese master of photography, Masayoshi Sukita, has dedicated to his long gone friend David Bowie. A collection of more than 60 pictures that will be displayed in the fabulous setting of Palazzo Medici Riccardi,
Read more

Everybody knows Leonardo da Vinci, the genius, the talent, the innovator, the spirit of Italian Renaissance. But what about his mentor? Yes, Leonardo also had a master who was able to inspire in him the will to dare and go beyond the limits of human fantasy. His name was Andrea del Verrocchio, an emblematic artist of the Florentine Renaissance, whose major artworks will be on display at Palazzo Strozzi from 9th March to 14th July 2019. The exhibition will be undoubtedly a stunning and refined showcase with over 120 artworks including paintings, sculptures and drawings coming from the world’s leading
Read more

Vincent Van Gogh is undoubtedly of the most controversial and genial artists the world has ever known. A man whose art has deeply influenced the twentieth century and not only. In the arc of a decade, he created about 2100 artworks, above all paintings, mostly characterized by a deep and dramatic representation of reality, whose ultimate yet elusive meaning, has profoundly inspired modern art. This very meaning is now living in Florence among the walls of the deconsecrated church of Santo Stefano al Ponte, a short walk from the Ponte Vecchio, thanks to the multimedia exhibition Van Gogh Alive –
Read more

Florence and The Vintage Selection

Are you a fan of vintage clothing? Do you like to dress with style and unique garments? Here an unmissable winter event that will definitely suit you! From Wednesday 23rd to Sunday 27th January 2019, the scenic location of the Cavaniglia Pavilion within the Fortezza da Basso in Florence, will host the 33rd edition of the unique fashion fair “Vintage Selection”, considered one of the most prestigious fashion events and an unmissable appointment for vintage clothing lovers. Organized by Stazione Leopolda together with Pitti Immagine, Vintage Selection is a must-see for all fans of vintage culture in search of original
Read more

Florence Jazz Fringe Festival 2018 Have you ever heard about the Florence Jazz Fringe Festival (FJFF)? It is one of the most successful and lively festivals in Italy, born from an idea of Furio Di Castri, an Italian musician, who during the first edition was able to register 25,000 admissions, a considerable achievement undoubtedly. FJFF will be back for the Florentine Summer 2018 from 5 to 9 September: 5 days for 70 hours of music, 150 artists who will perform in 12 places for over 50 performances, with a program that will celebrate and enhance the originality of music. FJFF
Read more

FERRAGOSTO IN ITALY: regular openings for museums and archaeological sites   Ferragosto is a special day for Italian people, celebrated every year from North to South on the 15th of August. Nowadays it is a catholic feast day in honour of the Virgin Mary, but its roots date back to the Roman Empire. The name Ferragosto comes from the Latin “Feriae Augusti”, which means “August’s rest”, and indicated the days set to celebrate the emperor Octavian Augustus, the first Roman emperor, from which the month of August takes its name. In ancient times, as a pagan feast, it was celebrated
Read more

“Drink and Run” the famous sporty aperitif of Florence 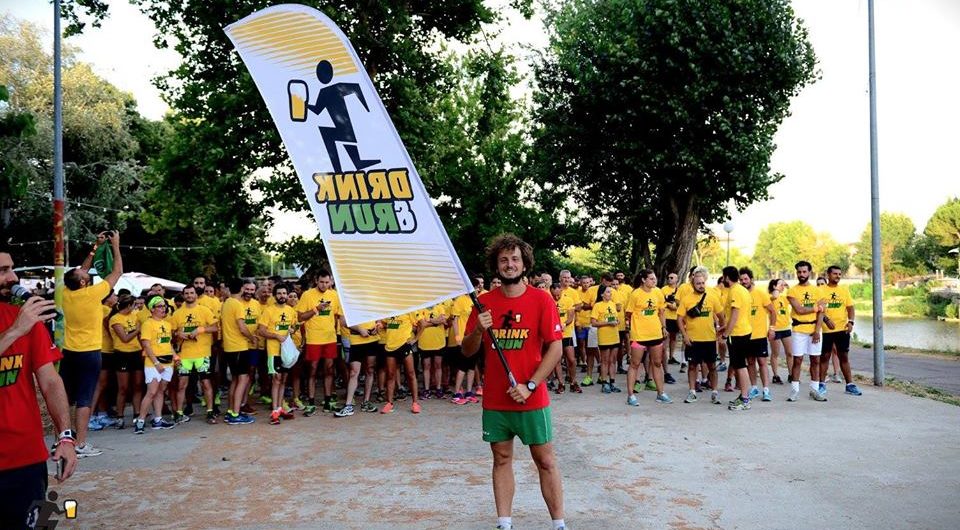 "Drink and Run" the famous sporty aperitif of Florence Among the many events, fairs and festivals every summer Florence offers to its visitors, there is a very unusual one called Drink and Run where the participants will be asked to literally…drink and run! A funny 8 Km carefree race among the most suggestive paths of Florence at sunset enhanced with rivers of iced beer to restore the strength: these are the three magic ingredients of this very amusing event that will take place on Tuesday 3 July in the Tuscan city. The meeting point will be at 7 pm at
Read more

The Cinquecento in Florence – from Michelangelo and Pontormo to Giambologna

The Forte di Belvedere together with other important museums in Florence such as the Uffizi Gallery, the Opera di Santa Croce and the Marino Marini Museum are holding the great contemporary art exhibit  “Ytalia. Energy Thought Beauty”: over one hundred artworks of some of the major artists of our times will  be on display until October 2017. The exhibition project – promoted by the Comune di Firenze  in cooperation with Mus.e – strengthens the image of Florence as a city of contemporary art by creating a bridge between its historical and artistic heritage and the present-day society with its contemporary

From May 13th to October 8th 2017 the deconsecrated church of Santo Stefano al Ponte in Florence, hosts the unique multimedia exhibit “Da Vinci Experience” dedicated to the genius of Leonardo da Vinci, his science and his eclectic life. The exhibition project, based on the concept of edutainment (or rather educational entertainment),  provides the visitor with a unique and unforgettable experience, through huge screens and hundreds of scanned images in high-definition, full HD video, sound effects and Dolby surround soundtracks. The exhibition is a multimedia journey, a vibrant symphony of light, colour and sound to the discovery of the Italian

Michelangelo’s Crucifix gets its rightful place in Florence

One of Michelangelo‘s most important early works, the 53-inch wooden Crucifix has now returned to its rightful place, the Basilica of Santo Spirito in Florence. After a one-year absence and a tour between Naples and Turin, the Crucifix will be finally on display above the old Sacristy, by the west aisle of the church. Michelangelo sculpted the nude Jesus at 18, when he was living in the Basilica of Santo Spirito with the Augustine monks. After the death of Lorenzo de Medici, the monks hosted him and let Michelangelo acquire familiarity with human anatomy by studying the corpses from the