Rome under the moonlight – extraordinary night opening of the Roman Forum

Rome under the moonlight – extraordinary night opening of the Roman Forum

After the extraordinary success of the Colosseum openings at nights, every tourist can finally experience the Roman Forum and Rome under the moonlight! Every Friday and Saturday from the 5th of May until the end of October it is possible to explore with a night walking tour both the Roman Capitol and the Imperial Forum.

Thanks to a new lighting installation developed by the Acea Group in accordance with the surrounding monuments, will be possible to discover these amazing ruins and the centre of the Ancient Rome under the moonlight in a magical atmosphere. The itinerary follows the “Via Sacra”, the Forum’s main thoroughfare, and will interests the most important public and religious buildings of the Roman Forum such as the Basilica Aemilia, the Temple of Divo Giulio, the Basilica Iulia, S. Maria Antiqua, the temple of Antonino and Faustina, the Basilica of Massenzio and the Arch of Tito built to celebrate Vespasian and Titus’ victories against the rebels in Jerusalem.

For many centuries the Roman Forum was the centre of Rome public life. The Romans began to build here their most important monuments from the VII century BC: first the buildings for political, religious and commercial activities, then, starting from the II century BC the basilicas for their judicial activities. By the end of the Republican Era, the ancient Roman Forum was completely covered by buildings and temples, so very few monuments were built during the Empire. The latest monument added to the Roman Forum was the Foca’s Column, built in 608 AD in honour of the Byzantine Emperor Foca.

According to tradition the Palatine Hill is indeed the place where Romulus founded Rome in 754 BC: its elevated position and the proximity to the Tiber made the Palatine very suitable for the first settlement and during the Roman Republic it became the residential area of the Roman aristocracy. With the Emperor Augustus, who was born and lived here, the Palatine was the official seat of power. He is responsible of the construction of the Imperial Palaces, enlarged later by the Julio-Claudian Emperors and by Nero. But it was Domitian who radically transformed the hill, by building atop the majestic Flavian Palace.

Like many of ancient Rome’s great monuments, the Forum fell into disrepair after the fall of the Roman Empire until it was used during the Middle Age as pasture land and plundered for its stone and marble. Systematically excavated during the 18th and 19th centuries, nowadays the Roman Forum looks like an impressive sprawl of ruins, a place to be seen, even under the moonlight, for all the tourists visiting the Capital!

Rome under the moonlight 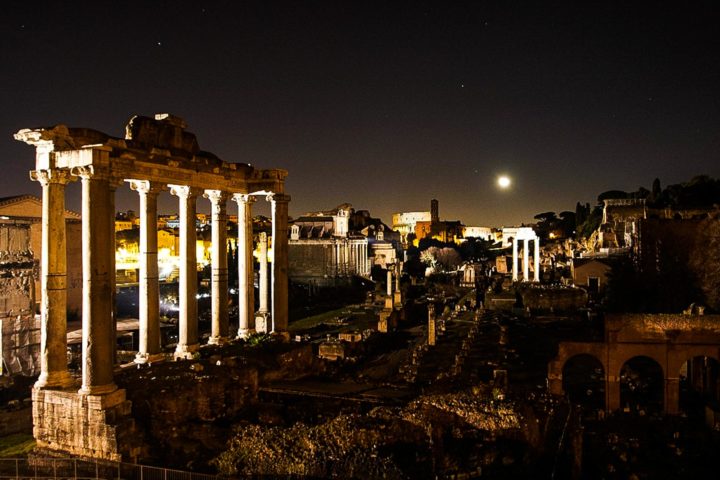 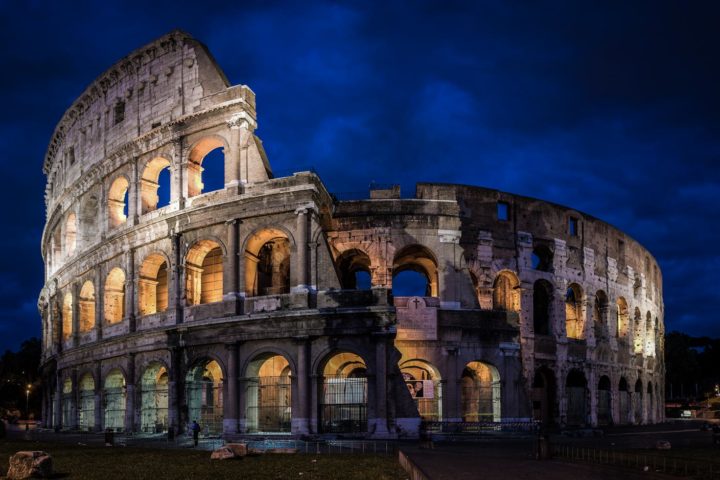 Forum Moonlight 1
Previous postLife and Mask: from Pulcinella to Clown Alessandro Kokocinski on display at the Archaeological Museum of Naples
Next postMichelangelo’s Crucifix gets its rightful place in Florence