The Musée Picasso in Paris has set up 40 exhibitions in Italy, Morocco, Greece, Spain, France and Cyprus to celebrate Picasso’s 1917 journey to Italy and his lifelong relationship with the Mediterranean basin. The global exhibit “Picasso- Méditerranée” will take place from Spring 2017 until Spring 2019 with more than 60 institutions from 8 different counties involved in developing exhibition projects on the extraordinary works of Pablo Picasso. On the occasion of this global initiative the Italian Ministry of Culture and Tourism and the Campania Region will promote the exhibit “Picasso and Naples: Parade” , inaugurated in Capodimonte Museum and Pompeii Archaeological Site, and organized by Sylvain Bellenger and Luigi Gallo.

The Spanish painter came to Italy with the French poet and dramatist Jean Cocteau to work with Sergei Diaghilev’s Ballets Russes on the scenes and costumes for the ballet Parade written by Cocteau himself. To celebrate his visit, the Royal Palace and Museum of Capodimonte in Naples has launched at on 8th April 2017 a temporary exhibit dedicated to Picasso’s Parade drop curtain. This huge canvas (17m-wide, 11m-high) on display in Naples for the first time,  was painted for the Ballets Russes’ Parade and now belongs to the George Pompidou Centre of Paris. Parade is one of the largest work of Picasso and has been on display only on rare occasions – at the Brooklyn Museum (1984); at Palazzo della Gran Guardia (1990); at Palazzo Grassi (1998) and at the Pompidou Centre of Metz (2012-2013). The exhibit will be enriched with a wide selection of Picasso’s sketches from different museums and private collections (which shows the artist’s creative energy and some of his stylistic influences, such as circus, music and theatre) and some of the artist’s sketches of the ballet Pulcinella (staged in 1920 in Paris with Stravinsky’s music and Massine’s choreography) together with several Neapolitan marionettes and puppets from the collection of Fundación Almine y Bernard Ruiz-Picasso para el Arte.

In the Antiquarium of Pompeii on the other hand has been inaugurated on 10th April an exhibit with the costumes designed by Picasso for the ballet Parade. It celebrates both the visit of the artist to Pompeii in March 1917 and his passion for the theatrical iconography and the maschera. The costumes will be on display together with a collection of African and theatrical masks and archaeological finds never shown to the public before (from Pompeii site). The connection between Picasso and the art nègre and the influence of the Iberian sculpture and African traditional masks is underlined by the sketch of the painting “Les demoiselles d’Avignon” painted in 1907 and representing Picasso’s first step towards the Cubism. On display in the Antiquarium the picture of Picasso with Massine, used to illustrate the program of the Ballet Parade in Paris.

The exhibit “Picasso and Naples. Parade” thus is a homage to Picasso’s 1917 journey to Italy: it reconstructs through his works Picasso’s stay in Naples, the Neapolitan influences upon the creation of the costumes and scenes for both the Parade and the Pulcinella ballets and the importance of the concept of the mask in the art of the Spanish painter.

Visit the amazing exhibit in Pompeii with our Wonders of the Ancient Pompeii tour. 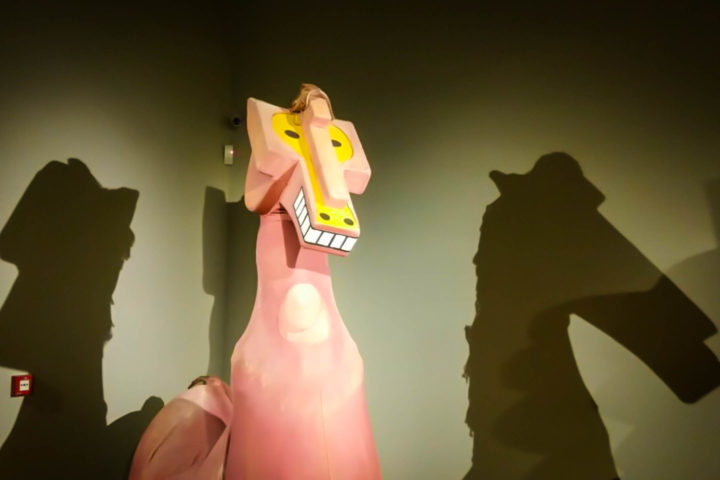 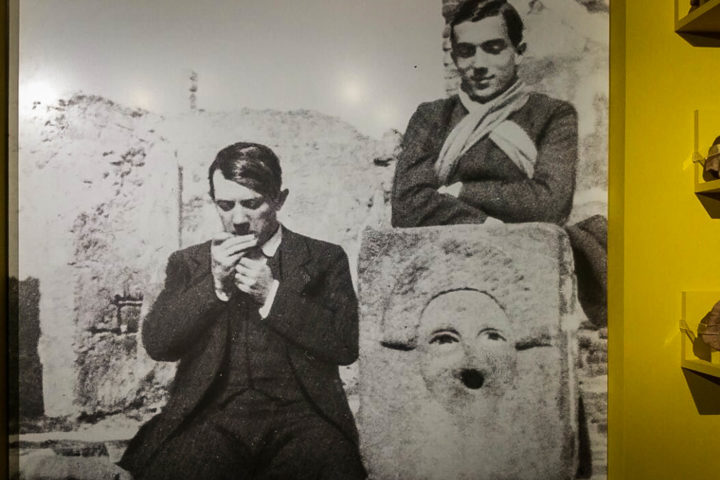 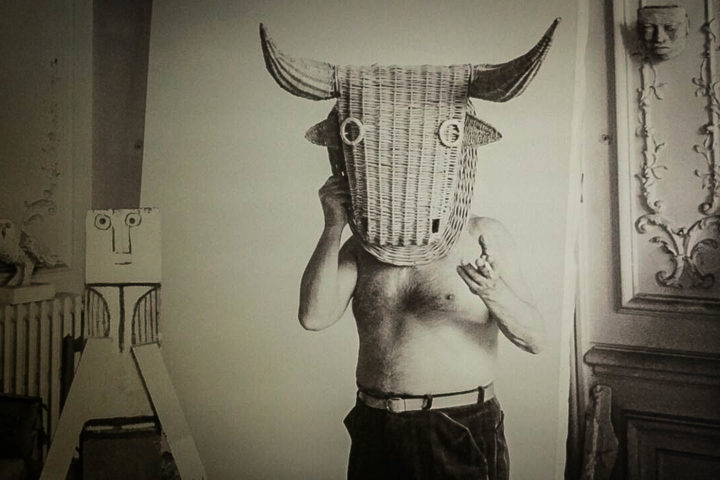